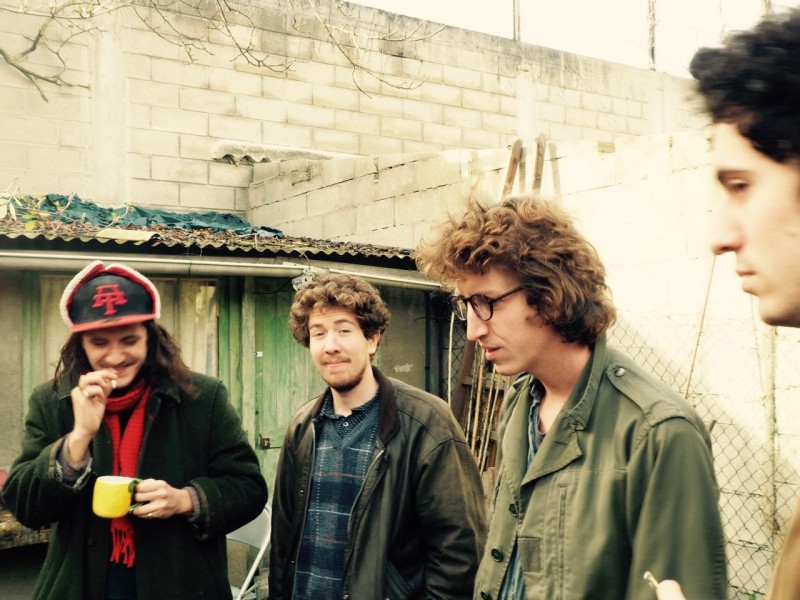 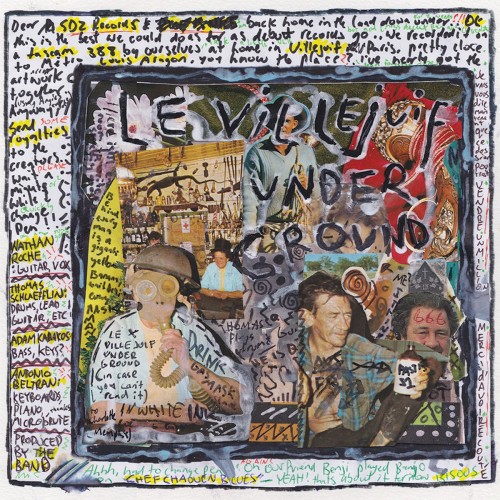 You were so well behaved, waiting patiently for the long awaited sequel to Camperdown & Out’s 2013 debut record “Couldn’t Be Better” (Popfrenzy), you even sat through or didn’t even notice three self-released Nathan Roche solo records 'Watch It Wharf', 'Magnetic Memories' and 'Cathedral Made Outta’ Green Cards' float by the river and out into the musical reservoir.

But hold on a minute. What is this? This isn’t Camperdown & Out?

Nathan Roche is a poet and musician from Townsville, Australia. He played in a bunch of bands in his home country - Marf Loth, Camperdown & Out, Home Run, The Wentworth Avenue Breeze-Out, Redneck Discotheque, The Revisionists - and released a dozen albums. Not mentioning three solo records in the past 3 years, notably on his own book/music imprint Glenlivet-A-Gogh. He is a versatile artist and his music brings to minds Lou Reed, Kevin Ayers or early Brian Eno. It does not sound pretentious or uptight. On the contrary, there is a loose and warm feeling to most of his songs. Close to a number of great bands from the current Australian music scene, Nathan is now based in France - Villejuif in the south-eastern suburb of Paris to be precise - and he formed a new band with local musicians, fitly called LE VILLEJUIF UNDERGROUND.  The band has already played with the likes of The Rebel, Ausmuteants, Bazooka, Buck Biloxi and the Fucks, Juan Wauters and Sea Pinks and recently completed a full Chinese tour.

Since relocating to Paris in 2014 after having lived the squat life in the outskirts of Paris, Roche recruited musicians from the suburbs on the opposite side of the town in Villejuif. Roche trained them up with the lash of a leather nine-tails purchased in the red-light district of Pigalle, played the usual simple songs, taught them funny words like “Woolloomooloo” forced them to eat baguettes, beer and scotch for days (even though they were doing that already).

Nathan Roche on the new single - "In French the word "Seine" actually means "Stage" and its also the name of the river that flows through the city of Paris. The opening lines about reading an article in music magazine, Les Inrocks makes me think that using the Roche family name for the solo records was a terrible mistake. Truth is with no one else on the stage (or in the recording studio) YOU ARE NOTHING, YOU ARE ALONE / NAKED AND SOUND HORRIBLE. In fact we are ALL TOGETHER WANKERS IN THE MAGICAL JOURNEY OF MUSIC. We are On The Seine! and as the wonderful Canadian band RUSH once said, "All the world's indeed a stage. And we are merely players. Performers and portrayers."

Mixed by the band and mastered by the ever-reliable Mikey Young, Le Villejuif Underground's debut track is ready for consumption and is just the beginning of a planned feast greater than la grande bouffe of the bourgeoisies.

"Anyone that sounds this much like Lou Reed already scores pretty high in my books. Add to that how great this song is and you’ve found yourself a winner! This is frontman Nathan Roche’s reincarnated band, and he is back sounding better than ever. Teaming up with local legend label Rice Is Nice, there are definitely big things in the works for these guys, and judging from this track – they’re going to be sounding really nice too!" Howl & Echos