David’s back on the hoops with a mighty entry. It’s all good so live n learn people, this is my favourite David blog yet.

I reckon Red Red Krovvy and NUN are responsible for the best recent (and impending) releases of late. I see both projects as two fantastic and very similar bands despite being quite stylistically different. They meet by way of their sheer musical intensity and the projection of that intensity. A large part of this intensity is manifest in the live presence of respective band members Ash Wyatt and Jenny Branagan. Both excellent vocalists, Wyatt and Branagan channel the punk/synthpunk force of both projects in a captivating manner. The skill of Wyatt as a vocalist is compounded by RRK’s Ben Warnock and Adam Ritchie’s extremely well honed and loud playing, much like Tom Hardisty, Steven Harris and Hugh Young from NUN meticulously craft and sustain a hypnotic and pummelling synth drone which perfectly complements Branagans vocals. Red Red Krovvy’s debut album is out now via Perth label Helta Skelta, and NUN’s album will be out in the next few months – following an earlier release of new single** ‘Can’t Chain’.**

Given that both bands perform live fairly irregularly, in RRK’s case primarily due to the fact that most members live in different cities and are involved in different projects, make sure to catch both them live next time you see a show pop up, hands down two of the best Australian acts out there. Definitely also check out Vacuum another project Branagan is involved in, if they make another live appearance soon.

Older masters of live musical intensity, feedtime, have just released their first new single in 20 years. ‘Any Good Thing’ sounds like it was recorded inside the exhaust pipe of a 1982 Triumph and vocalist Rick Johnson sounds like he has been inhaling exhaust fumes from the same motorbike since the bands inception in 1979. It’s as gravely and heavy as ever, perhaps fitting in most similarly with their 1989 Butch Vig produced album ‘suction’, and testament to their status as one of the greatest bands to emerge from the Australian underground. Being lucky enough to see feedtime live twice in the last 5 years, once at the NSC and once at the Opera House, two VERY different venues – I can’t wait to catch them again as they are pretty much unparalleled live in terms of sheer audible force.

Another recent release I’m really excited about is Shyness from RIN’s own Angie. I think its Angies best – and most different – work to date. I love the sound of the recording and the minimalist feel of the piano and acoustic guitar on tracks. For some reason, in a good way, the whole album reminds me of Sonic Youth’s beautifully crafted piano led gem on Daydream Nation,** Providence, combined with Swell Maps’ melancholic and introspective track **A Raincoats Room. Angie will be playing a few shows around Sydney soon and I can’t wait to hear what these new tracks sound like live.

Kelley Stoltz is a late discovery of mine who has a bit of a reputation for really nicely recorded albums, not dissimilar in feeling to Angie’s Shyness. The San Francisco based solo singer songwriters 2001 album Antique Glow worth a listen if you’d like to hear a really well self-recorded/produced psych pop release that kinda sounds like Olivia Tremor Control and Syd Barrett.

Another embarrassingly late discovery of mine has been Boomgates, the fantastic project which involved Eddy Current/Dick Diver/Twerps members – been really hoping they might record something again some day, just like I’ve been really hoping Reverend Jemima from the Holy Soul will pursue more of his Beefheart/Zappa style solo project stuff. 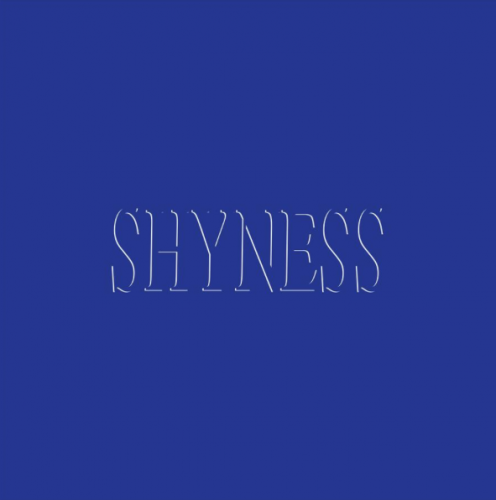 Today’s blogpost is gonna kind of unfold as an anticipatory piece on albums which should be hopefully be coming out soonish in the new year – as I feel like I saw quite a few bands live towards the end of last year that aired a lot of new material which would be great to hear on record in 2017.

Seeing Melbourne band The Stevens play a set of entirely new songs – albeit one – at the Newtown Social Club in July of last year got me very excited for their surely impending second album release. Often when a band airs completely new songs to a crowd the response can range from muted silence to unfamiliar intrigue and/or unabashed enthusiasm.

I can say without a doubt each one of The Stevens new songs on that night was fucking great and met warmly from the crowd who are surely keen to hear a lot of them on record. For the time being Alex Mcpharlane’s (one of the main members) solo cassette release late in 2016 is definitely worth checking out – it explores some of the more atmospheric elements of the Stevens’ music.

The same venue brought forth the slightly more raucous sound of a new set of songs by Brisbane band Clever in October. Sounding a bit like an Australian version of the Jesus Lizard taking a slight influence from the Drones’ first album Here Come the Lies, Clever took the stage with a ferocity that initially seemed anarchic however came together in a highly skilled musical form.

This may be put down to each band members involvement in a number of other great experimental Brisbane bands, notably singer Mitchel Perkins membership of the continually surprising and inventive Cured Pink. Looking forward to hearing from Clever and Cured Pink again later this year.

Back in NSW, it was great to see Phantastic Ferniture play live again at their self curated Christmas show/party in December. Presumably due to band member Julia Jacklin’s now well deserved success with her fantastic solo project the band hasn’t been able to play as much of late. Even though I’m unsure if there are any recording plans in the pipeline for Phantastic Ferniture, it would be great to hear more from them – I’m a big fan of their groovy/rnb influenced style.

In the similar Sydney via Blue Mountains folk influenced scene definitely keep an eye on the up and coming artists Georgia Mulligan and Dovetail this year. Mulligan has a wonderful knack for melodies and a killer voice that channels Sharon Van Etten at times. Tom Hume of Dovetail possesses an equally powerful early folk inspired voice; think another side of Bob Dylan and the folkier side to Arthur Lee’s Love, that carries his politically insightful songs in a captivating way.

You’ll actually be able to catch Georgian Mulligan at the Bad Day Out on the 28th of Jan along with Rice Is Nice Artists SPOD and Straight Arrows. Should be a heaps fun show – make sure to head along! GET YOUR TICKETS HERE!

Some other very exciting RIN goss going at the moment that the You Beauty boys may also have some new songs in the works for 2017, and are looking for a some backing singers on certain tracks – which I’m sure any of the aforementioned folk inspired singers may be able to help out on…

David is back on the blog pipes.

One of my favourite interviewers is Ian Svenonius. He is a master of putting his (musical) subjects at ease, by way of his conversational style, which is equally analytical, informative, and casual. He is extremely laid back.

This is all very well documented in NOISEY’S semi recent segment Soft Focus a fantastic interview series in which Svenonius interviews a number of musical guests.

There is an air of mutual understanding between both individual(s) during these pieces that makes the interviews feel a bit more natural, legitimate, where the stilted awkwardness that can often surround band interviews is 100% absent.

Perhaps the central key to Ian’s interview skill is his history of friendship/familiarity with his subjects – having played in a number of bands himself. (He is also famous for being a purveyor of far left tongue in cheek political concepts which came to the fore during his Nation of Ulysses period.

One such band I have discovered recently, The Make Up, and they are bloody great. Think The Fall fronted by a James Brown, Prince, Iggy hybrid singer (Svenonius) belting out garage/funk/gospel stuff – what they liked to call “Gospel Yeh Yeh”.

I reckon Rice Is Nice’s own You Beauty may find a great affinity to the Make Up – they were known for their energetic, theatrical live performances that often called for audience participation. Check out the Make Ups (fake) live first album – Destination: Love – Live! At Cold Rice (where the added a lot of live sounding effects during the studio recording) – it’s 10/10.

You can actually catch Svenonius, and (one of) his other band Chain and the Gang who will be playing March next year with Angie at Newtown Social.

Another more contemporary Australian artist who has the ability to be as equally theatrical as The Make Up is Nicholas Allbrook. His new album Pure Gardiya came out a few months ago now, and it’s one of my favourites from 2016.

Allbrook has this amazing ability to write songs that are both parts cathartic and serene. A bit of a departure from his Ariel Pink style debut Ganough Wallis Fatuna, Pure Gardiya is kinda glam folk (if I had to pin a ridiculous genre). Nick sings in a strong Aussie accent and belts out lyrics that are cryptic, humorous, and on certain songs – namely the lead single Advance – insightfully critique Australian nationalism.

Nick is one of my fave Aussie musicians, and always one to keep an eye on as undoubtedly his next musical release will be even more interesting – and ever more different – to his last.

The new Laurels video for single “Hit & Miss” is now online – check it out HERE or below if you haven’t already!

A great event was put on at the Marrickville Golf Club last Friday by the guys doing great work over at Paradise Daily – yes the Golf Club, NOT the Bowls Club, and David reckons It was one of the more interesting shows he has been to this year. The contrast between choice of venue and crowd made for a refreshing experience in a city continually plagued by a lack of good live music venues…

Fantastic new local acts Sinkhead played, along with La Suffocated (DEFINITELY one to watch). Things were rounded off by the continually impressive** Aloha Units, and local favourites Bed Wettin Bad Boys who used the occasion to air some new tracks. Here’s hoping for more gigs on the Marrickville Golf greens soon.

We’ve been drawing some comparisons here in the RIN office with our amazing new signing Rebel Yell – check out her EP, Mother of Millions here, and some familiar contemporaries in the power electronics/drone field..

Military Position, Puce Mary, and Pharmakon are doing great things in a similar field at the moment.

In other news I am very excited that Ausmuteants are coming back to Sydney soon with a new album. CANNOT wait for their show at the Bald Face Stag.

Spike Vincent you are great!

New Zeahorse is floating our boat.”WASH IT DOWN WITH A CHOCCY MILK”.

Great piece over on Rolling Stone on our mates Chapter Music and their epic 24 years of making Australia a better place. 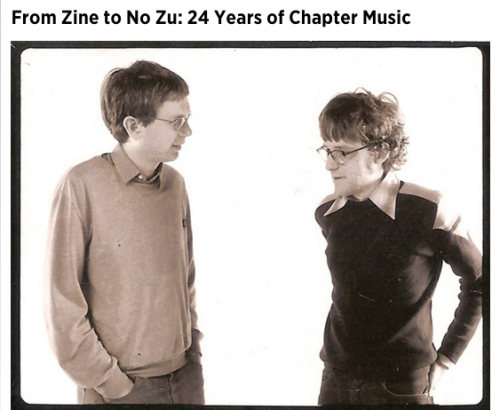