Sarah Mary Chadwick has announced her new album Sugar Still Melts In The Rain out May 11!

Head to our store or Bandcamp to pre-order LP. First run comes with a limited edition print from the artist herself.

To listen to Sarah's music is to be a quiet observer to her thoughts on love, death and mental health. Sometimes this anguish bears itself in sullen, quiet moments, but more often torment manifests at the break of Sarah's voice as she sing-shouts painfully vulnerable, self-aware lyrics. This is all front and centre on Chadwick's newest "Sugar Still Melts In The Rain."

Chadwick is not a new face to Melbourne's music community. After moving to Australia from her native New Zealand to pursue a career in music, Sarah spent a decade fronting the grunge band Batrider. Eventually becoming tired of the collaborative requirements intrinsic to band life, Sarah shifted her focus to songwriting independently, drawing inspiration from "weird old New Zealand musicians" like Peter Jefferies, Chris Knox, and Australia's Pip Proud and the way they tinker away and work for decades for "little to no commercial success." This inspiration is obvious in Sarah's performance as she simultaneously savours and mocks the pedestal that her creativity affords her, acknowledging that "it's a position of power being on a microphone" and how "it's a desperate demand to be seen. It's funny and really sad."

Sugar Still Melts In The Rain marks her first release since 2016's Rice Is Nice LP 'Roses Always Die' and her first for her new label Sinderlyn (home to Homeshake, Jaye Bartell and Tim Cohen).Having already released three solo records, this album is her 4th solo work. It was recorded and mixed by friend, musician and filmmaker Geoffrey O'Connor in Vanity Lair and Phaedra Studios in Melbourne. The album came together so quickly partly as a result of the duo's commitment to efficiency and partly due to Sarah's lack of attachment to the idea of "the perfect vocal take."

She knows she isn't a virtuoso; tongue firmly in check, she is quick to reference those limitations mockingly. Yet, it's within those boundaries that she thrives, disinterested in the perfect take in lieu of her best take - unique, somber and raw.

Sugar Still Melts In The Rain

8 - Sugar Still Melts In The Rain 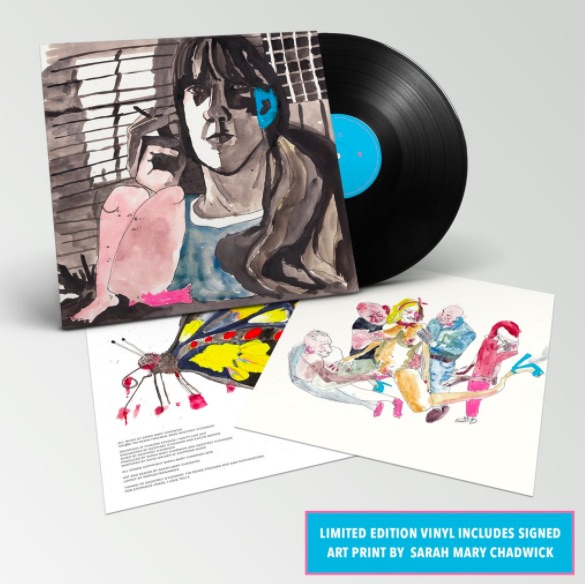